Okay, sure, it would feel good to get relief when when one is experiencing grief or guilt. But really? A spray-on reliever? 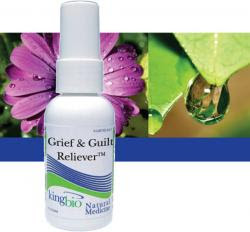 Homeopathy has done it again! They've created something that is not only implausible, but also might tamper with things that should not be tampered with. (See Eternal Sunshine of the Spotless Mind if you don't get my drift)

Grief and guilt are not evils of the world, even though they may feel like it during the experience. They may actually be useful for you and for your kin, for example by reminding you why you shouldn't do certain things, or helping you deal with a loss. In making you feel like crap, grief and guilt help you change the things that are making you feel that way.

But of course, this is the normal reaction to grief or guilt. Things can get out of hand, and if that is the case, one should seek professional help with a doctor, psychologist or even a psychiatrist. This is the instance when you do not want someone with a mail-order degree in herbs to help you out with your psychological treatment. Bad things happen.

Just for fun, I also looked up the different substances that are supposed to be in the bottle. (In extreme dilutions, of course!)

You'll notice they severely latinized the name for table salt (Sodium Chloride).
Also, they sometimes use botanical synonyms, which is a bit of a strange practice. I found Ignatia amara on wikipedia as Strychnos ignatia, and noticed that Ignatia amara is given as a synonym. In botany, in the age before the internet, a lot of nomenclature (naming) and classification was done without realizing that others were doing exactly the same work. This has naturally led to a lot of overlap, and there are strict rules for naming in botany and zoology to cope with this. It is common practice to use the oldest published name(which may have been discovered at a later date!), but in some cases, for example in referring to old literature, the old synonyms are also given for clarity. I have no idea why homeopaths would refer to an old synonym for certain plants, except maybe that in this case the current plant name connotes strychnine, which I guess I myself would not want to put on a contents label.

Marit has been Published! 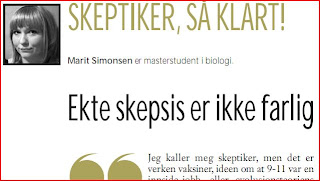 The Norwegian print magazine FriTanke.no has published a column by our very own Marit!
It is about being sceptical in the daily life.

If you subscribe to Fri tanke you can find her on page 29 of the current issue (01-2010). A PDF version is also available for free on fritanke.no. And read the rest of the magazine while you're at it :)
Lagt inn av Bendik kl. 3:11 PM No comments:

Those crazy danes are going to shoot a man into space

...and the ones who are doing it are hobbyists!

A group called the Copenhagen Suborbitals are building a flippin' rocket, with the goal of launching a man into space! Although many of the group have skills and experiences making other cool stuff, most would consider them amateurs and hobbyists. Which just makes it all so much cooler! (Their previous project was a fully functioning submarine!)

They are less than 20 people and are doing everything themselves. Engines, fuel delivery, welding, molding, ballistics, design, controls, even the astronaut!

They've done several small-scale tests and the first full-size test launch will be this summer. That one will be unmanned though.

All knowledge and information learnt by the project will also be freely available. So that other crazy people can go and replicate it :)

If this is successful - and I have no doubt that it will be - it will be Denmark's first man launched into space, surpassing most other European countries. And it's done by volunteers.

There's a place in Antarctica called Blood Falls.
It is named that because while most of Antarctica is white snow and the odd exposed rock, this place occasionally spits out a red liquid. The liquid turns out to be high contents of rust. 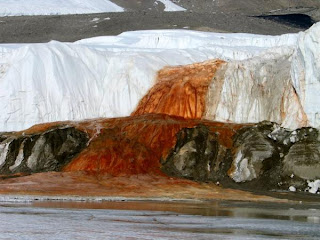 When investigated, it turns out that these microbes no longer use oxygen! They have instead evolved to metabolize using sulfur! This is basically an alien ecosystem!

This is a great resource for biologists who want to investigate what life might be like on other planets where there is no oxygen. For us laypeople though, it's just an example of how resilient, how tenacious Life can be. 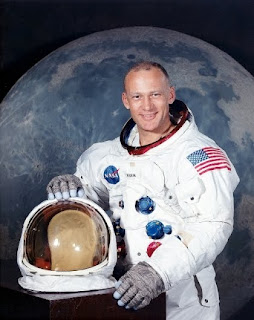 Buzz Aldrin, the second man on the moon, (and one of only twelve to have set foot on it) is in the news again.

The last time I saw him in the media was when he punched conspiracy theorist Bart Sibrel for accusing Buzz of being a liar and a thief (!). Sibrel has used this surprise form of confrontation on most of the Apollo astronauts and in this particular incident, Buzz had had enough and punched the guy.

I am generally not a big fan of violence, but I'mma cut Buzz some slack in this particular case. Sibrel, who spreads misinformation and never seems to get enough of conspiracies kind of deserves getting slapped in the face by the evidence (Buzz himself!)

So, this time, poor old Buzz (he's 80 by now) has spent most of his life being some sort of celebrity, writing books, giving talks in museums and on TV, and now he claims his pension from the US government just doesn't cut it. Therefore, he's agreed to join the TV show "Dancing with the Stars!"

I think it's a shame that a hard-working guy like Buzz doesn't have it made for life. But he seems to be dealing with it pretty well! This should be fun to watch. He's feisty.

I recently saw the documentary on the moon landing "For all mankind". It combines news reports, real footage from the landings with conversations with remaining Apollo astronauts. I pretty much had my jaw on my chest during the whole thing.
Lagt inn av Marit kl. 10:16 AM No comments: